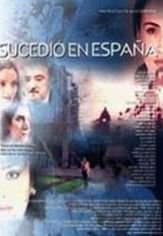 "It happened in Spain" has four different stories that, despite having nothing in common, are intertwined through casual of encounter of the protagonists in the city. The argument has a structural line getting linking the various stories of comedy, horror, suspense, romance and drama in a very parti