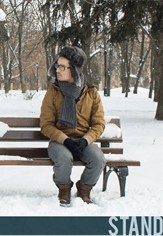 THE OPEN REEL - as SALES All rights, World / DISTR VOD

After taking a wrong turn in their car, a gay Russian couple witnesses what they believe is a vicious gay bashing. The slow-burning film is highly topical, given the intense worldwide outrage over Russia’s mistreatment of gays and the country’s 2013 federal law prohibiting homosexual “propaganda".