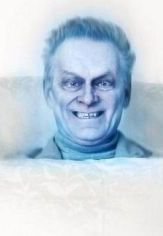 When Anna and her boyfriend Ingi decide to sell the house Anna has recently inherited from her late father Ofeigur, tha father‘s ghost appears and makes one thing perfectly clear: his house won‘t be sold. Living with your parents can be tiring. Especially when they're dead.