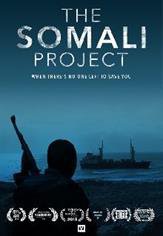 THE VLADAR COMPANY - as SALES All rights

The Somali Project begins with pirates capturing the merchant vessel the Royal Grace and holding its crew for ransom. As the Grace’s hostages and those from dozens of other ships languish under unspeakable conditions, a Persian Gulf state quietly bankrolls a paramilitary force to raid pirate havens.