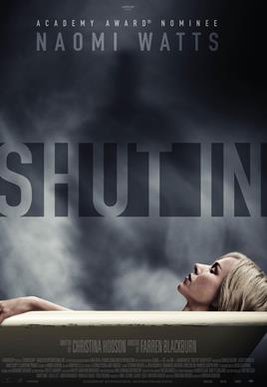 EUROPACORP - as SALES All rights / PROD

Two-time Oscar-nominee Naomi Watts stars in the psychological thriller SHUT IN. Following a recent accident that took her husband and left her son paralyzed, Watts cuts herself off from the outside world, isolating herself with her son in their home. During a deadly storm, she starts to believe some