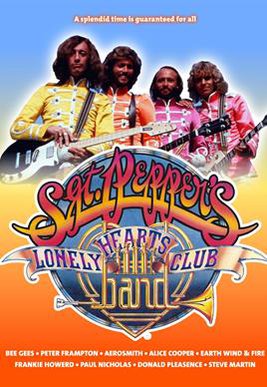 The cult 1970's musical which starred the Bee Gees at the height of their fame and a wealth of comedy and musical talent including Peter Frampton, Frankie Howerd, Donald Pleasence, Steve Martin, Aerosmith and Alice Cooper. A small-town band hits it big, but they must battle a nefarious plot within the music industry.