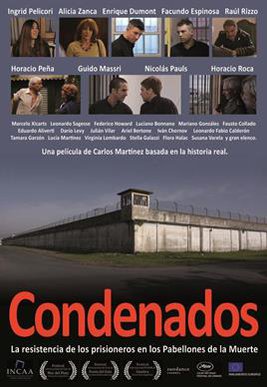 The true story of the La Plata Death Wards, recreated in film by the survivors.

In May 2013, the film was honored at the European Parliament by the Committee on Civil Liberties and Justice. SENTENCED was declared of interest for the European Union and of value to Humanity.