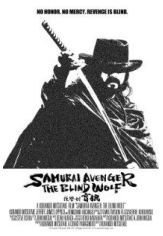 While camping in the desert a family is attacked by a notorious psychopath. The wife and daughter are murdered in from of him, but not before he is forced to take his own eyes out. He returns years later, only now known as the Blind Wolf. And the only thing he wants is revenge.