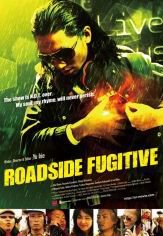 The upcoming Japanese director Yu Irie gained acclaim in Japanese cinema with his realistic portrayal of frustrated youths, which gained popularity among young audience. “Roadside Fugitive,” the third installment of his popular series, “8,000 Miles,” is his most ambitious yet.