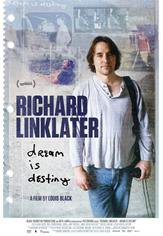 A feature documentary on the life and work of filmmaker, Richard Linklater. Directed by Louis Black (founder of SXSW) this is an unusual look at a fiercely independent style of filmmaking that arose from Austin, Texas in the 80s/90's and how Linklater's films sparked a low budget movement in the US and around the world.