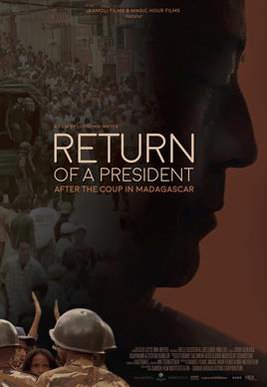 RETURN OF A PRESIDENT - AFTER THE COUP IN MADAGASCAR

A military coup d’etat in Madagascar in 2009 lands the democratically elected president in exile in South Africa. With unique access to President Ravalomanana and his advisors, the film tells an unusual inside story about political intrigue and power play in the aftermath of the 2009 coup d’etat.