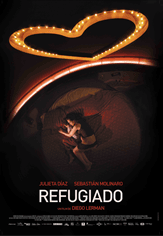 Matías, a four-year-old boy, arrives at a women’s shelter. He’s with his mother Laura. Laura decides to leave the shelter, to set out to rebuild her broken family. With Matías, she begins a whirlwind tour around the city, where previously-known things now pose a threat.