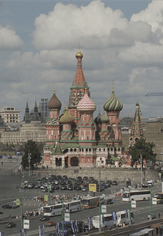 Approximately 20,000 Russian houses, businesses, factories and private land have all been victims of hostile seizures annually, not by individuals, but by an organized corporation. The film offers a fascinating close-examination of raided victims, some of whom are now London-based exiled businessmen