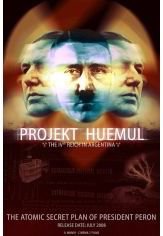 In 1946, President Perón started a secret nuclear project with the help of Nazis refugees which consisted in the use of a new method “Nuclear Fusion”.
Five years later, he would announced to the world his succeed.
Even today, no country around the world has achieved it.