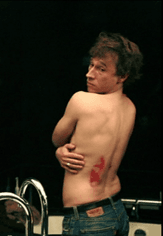 PORTRAIT OF THE ARTIST

While he is working on his next feature, a re-known filmmaker becomes obsessed with the idea of “monstrosity" as the central imagery around which the film will revolve and develop, until coming out to his reality