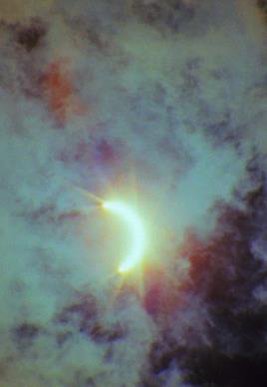 Polly One is about ninety-nine percent totality. Filmed above the skies in Saluda, North Carolina on August 21, 2017, during the 2017 eclipse across North America. The film is named for the artist’s grandmother, Bertha Everson, who passed away the day prior to the eclipse.