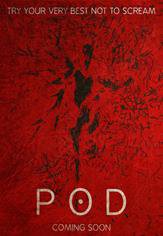 Siblings Ed and Lyla stage an intervention on their increasingly paranoid, brother, Martin who has constructed an elaborate and horrifying conspiracy theory surrounding a sinister creature that he believes he has trapped in the basement.