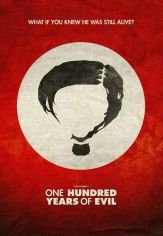 ONE HUNDRED YEARS OF EVIL

Historian Skule Antonsen and filmmaker Idelfonso Elizalde research Adolf Munchenhauser, a Hitler lookalike captured in Berlin 1945. When released from Camp Rebecca, Munchenhauser stayed in the U.S. As Skule digs deeper for the truth, it becomes clear that powerful forces will do anything to stop him