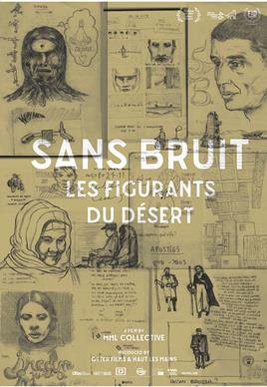 Morrocco, dawn of the 20th century, somewhere between the Atlas Mountains and the Sahara. A column of the French colonial army reaches a lieu-dit called Ouarzazate, ‘without a noise’. Pacifying the country and exploring the indigenous, the vanguard accompanied by doctors, engineers and a new device