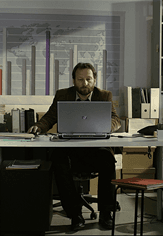 François is an employee like any other. His colleagues don’t see him. His boss humiliates him. François sinks into an insane ordinary life and lives in an oneiric world, where people are objects. This dreamy world haunts him to such n extent that, little by little, he begins to escapes reality.