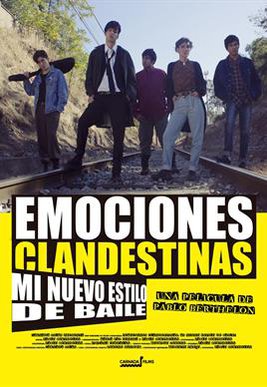 MY NEW STYLE OF DANCE

This Film tells the story of a group of young people who struggle against their environment to be rockers, in a period where the music was suppressed by a military dictatorship and criticized by the political left. It is the story of the 80 told through post punk leaders in Chile.