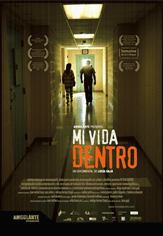 Rosa is a Mexican woman who migrated illegally to the US in 1999 when she was 17. On January 2003 she is incarcerated as a homicide suspect and trialed more than 2 years later. The process, the separation from her family make of My Life Inside a reality in Mexican migrants lives.