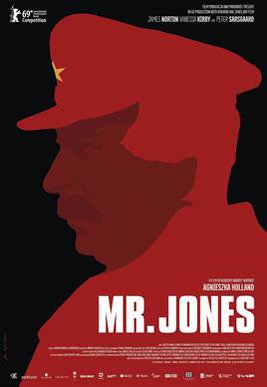 Academy Award™ nominee Agnieszka Holland brings to the screen the extraordinary untold story of Gareth Jones, an ambitious young Welsh journalist who travelled to the Soviet Union in 1933 and uncovered the appalling truth behind the Soviet “utopia” and Stalin’s regime.