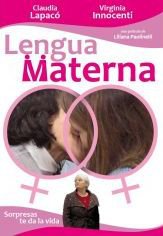 Estela learns that her daughter Ruth, of around 40 years old, is a lesbian, and that the "friend" that has been living with her during the last 14 years is in fact her girlfriend. After overcoming the Shock, Estela tries to understand the rules of an unknown world, getting into it.