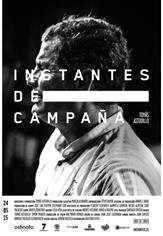 Tomas Astudillo followed the Ecuadoran President Rafael Correa during the 42 days of campaigning that preceded his re-election as head of the country for the third consecutive time. The “mise en scène” with a political agenda is the real story of this film, which is also a meditation via direct cinema on a collective neurosis: the tenacious belief in the right man.