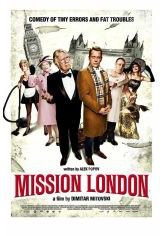 A concert under the patronage of the President's wife is being planned at the Embassy in London and it is the job of the new ambassador, to ensure the Queen attends. But with a corrupted staff and misunderstandings with a PR firm that provides look-alike royalties, his task turns into a nightmare.