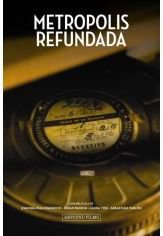 In June 2008 Film Archeology was in the cover on several newspapers all over the world; Metropolis missing scenes, lost for over eight decades, had reappeared.
Metropolis Refound tracks down the detour of this print containing the complete version of the film, its exceptional arrival in Argent...