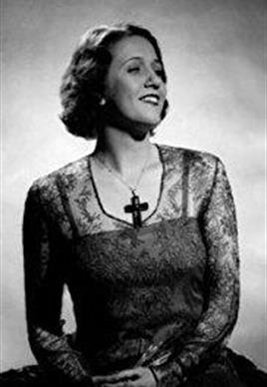 THE SPY IN THE EAGLE'S NEST

Hitler was obsessed by this English opera singer who was working for MI6 and hiding escaped British airmen in her Berlin apartment. She sang to British PoWs, worked with MI6 spy John Brown and eventually gave evidence at war crimes trials.