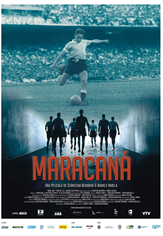 Maracana is the biggest exploit that football could tell, but it is also the history of a political bet of a government that created in its people the illusion of an early glory that would be reluctant, that would end in its own debacle and that would mark forever its society.