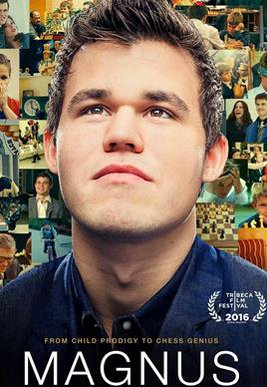 Magnus is the incredible story of a boy, who went from being bullied by his classmates to become the World Chess Champion. For a decade the filmmakers have captured the decisive moments of Magnus Carlsen’s life, one of the world’s most intelligent people, and achieved over 500 hours of footage.