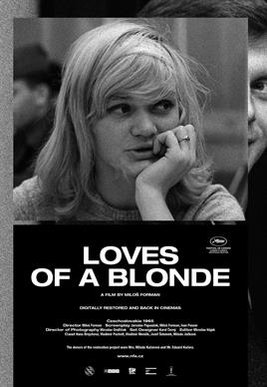 LOVES OF A BLONDE

Loves of a Blonde is a testament to Forman‘s mastery of directing both trained actors and non-actors alike. He strengthened his position as an original commentator on social reality, who managed to capture the story of his young heroes with intimate closeness.