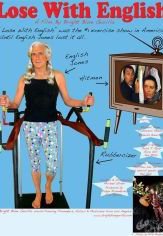 English Jones was once a wildly popular TV star, but his luck has run out. Now he's delivering pizzas and running from the mob. Will his newest million-dollar idea lead him to Lady Luck, or will the two guys from Italy get to him first?