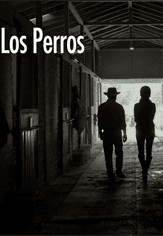 LOS PERROS is the story of Mariana, 40, member of the Chilean bourgeoisie and wife of a brilliant economist , is the constant victim of her husband's and father's psychological abuse.. Mariana eventually finds solace in the company of the least expected person: a former colonel with a shady past.