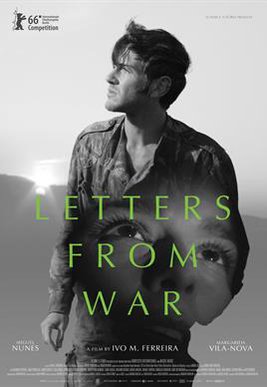 Based on the letters of world famous Portuguese writer António Lobo Antunes to his wife, LETTERS FROM WAR tells the story of a young doctor being drafted into the army in 1971, and transferred into one of the worst ones of the colonial war – the east of Angola.