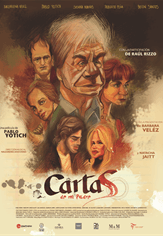 LETTERS FROM MY FATHER

Five children of a man more Argentine than Perón, more Latin American than Chávez and more revolutionary than Che have on their shoulders the backpack of being children of that parent. The day he dies they will know and understand that there is something that unites them beyond their differences.