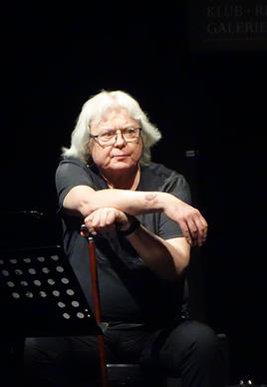 Documentary feature about legendary Czech rocker Vladimir Misik.
Listening to Misik's music was an expression of an anti-government attitude during the communist era. People made Misik a legend of anti-Bolshevik movement despite the fact he had not sing protest songs nor was he an "underground" singer.
The movie is about a search for words, things, people and memories with elements of acting mixed with archive clips and amazing Misik's music. It takes place on imaginary planet Misik, 5 kilometers in diameter, situated at the Edge of a Solar System.
Movie will be demanding as well as Misik's songs are. It will be adventurous as we search in his past, funny as it usually is in a musician's life and poetical in its story.