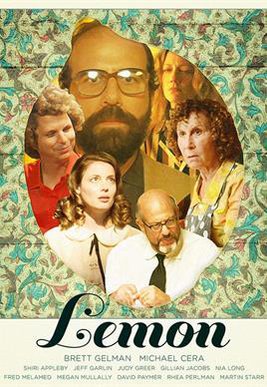 LEMON is an off-beat comedy about Isaac Lachmann, a 40 year old dud. Isaac is a man in free fall immobilized by mediocrity. His career is going nowhere. His girlfriend of ten years is leaving him. And his overbearing family doesn't help matters. What did he do to deserve this? Things were supposed t