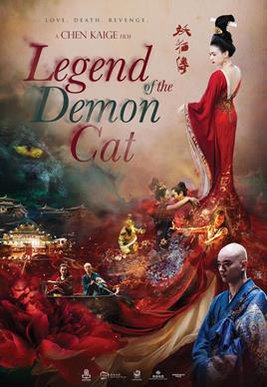 LEGEND OF THE DEMON CAT

The Japanese monk Kukai arrives at the Imperial Court, summoned to clear away evil and drive out demons. As he investigates into the death of the emperor, he learns of a mysterious demon cat who is terrorizing the Imperial court. Kukai and his sidekick slowly uncover the motivation behind the demon cat’s actions: revenge for a princess buried alive by the previous emperor and his court.