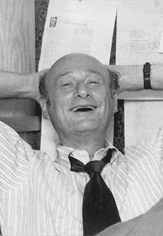 Former NYC Mayor Ed Koch is the quintessential New Yorker, who ruled the city from 1978 to 1989. Through candid interviews and rare archival footage, the film thrillingly chronicles the personal and political toll of running the world’s most wondrous city in a time of upheaval and reinvention.