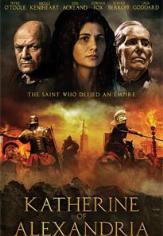 Katherine of Alexandria was just 11 years old when the Emperor of Rome, Maxentius, abducted her and killed her family. The slaughter was witnessed by her young friend Constantine, who would later become Emperor of the Western Roman Empire, and never lost hope of finding Katherine.