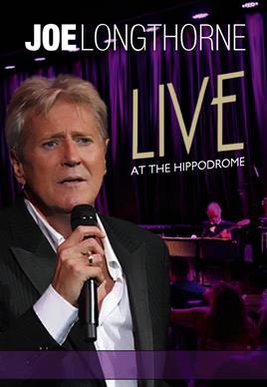 With his first appearance in 1981, Joe Longthorne has been one of Britain's brightest singers. Following his MBE award at Buckingham Palace in 2012, Joe performs a special concert at the London Hippodrome in front of his adoring fans.