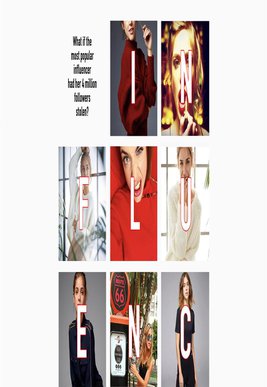 Internet influencers make a living out of gathering a loyal following on their selected social media platforms. This is how they have the opportunity to voice their messages to thousands —and sometimes, millions—of people from all over the globe. This short film addresses the incident of one of the most popular influencers having her 4 million followers stolen.