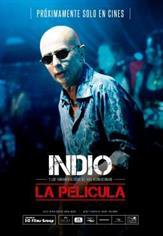 INDIO AND THE AIR CONDITIONING FUNDAMENTALISTS

A tribute to Indio and he's audience. Unique historical document. Filmed in the City of La Plata Stadium in December 2008 with 12 cameras, a condor cam and helicopter for aerial shots. Indio as never before was seen along with the fundamentalists of air conditioning. Pure emotion.