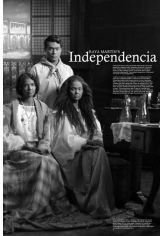 Early 20th century Philippines. The sounds of war signal the arrival of the Americans. A mother and son flee to the mountains, hoping for a quiet life. One day, the son discovers a wounded woman in the middle of the forest, and decides to bring her home.