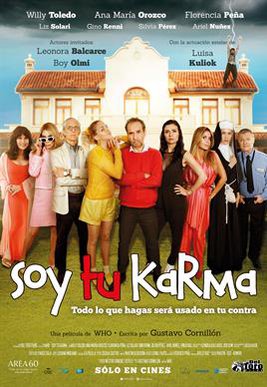 I AM YOUR KARMA

By Who IS THE DIRECTOR

On the day of his engagement, DARÍO wakes up next to a woman who is not his girlfriend. Her name is RENATA, a complete stranger for him.
Is this a trap set by his ex-wife or by his future father in law? Is it a prank planned by his friends? Is it a scam?
This mysterious appearance is not the only one, and other people show up gradually in the house.