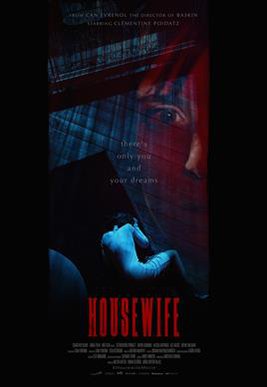 HOUSEWIFE is centered on Holly whose mother murdered her sister and father when she was seven. 20 years later and slowly losing her grip on the difference between reality and nightmares, she runs into a celebrity psychic who claims that he is destined to help her.