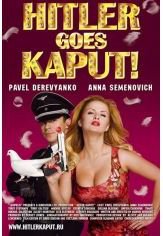 A spy comedy in the vein of Mel Brooks and The Zucker Bros., centers around Russian double-agent, nicknamed Shurenberg, in a facist den. The film follows him and his desperate attempts to rescue a beautiful radiowoman who has been arrested by the Gestapo.