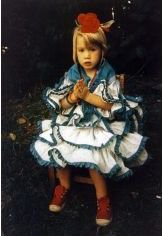 GYPSY DAVY tells the story of David Jones, stage name: "David Serva," an American white-boy with Alabama roots who became a Spanish Flamenco guitarist in Andalucian boots and fathered five children to five different women along the way; one of those children is the director of the film.