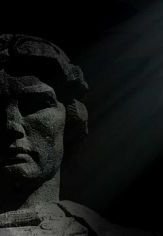 GOD WILLS IT. GODFREY OF BOUILLON AND THE FIRST CRUSADE

Who really was Godfrey of Bouillon? This film investigates a European founding myth and a figurehead of Western Christian imagination - a greedy feudal rough-neck soldier, a valiant knight who defended Christianity, the king of Jerusalem. This investigation exposes the myth, gives a fresh view of th