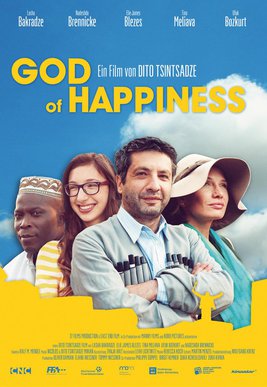 GEORGI is a highly unsuccessful Georgian actor living in Germany. As his 15-Year old daughter TINA want's to visit him from Canada, he puts up the performance of his live, to create the illusion of success. Soon this performance gets out of hand - after all Tina is a clever Girl.